Mindfulness doesn’t require visiting Himalayan monasteries or chanting bells, but these practises will help you be proactive instead of reactive. 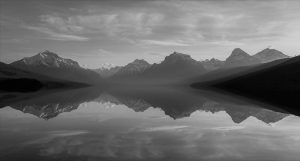 It was my first time meeting this prospective client. I was surprised how easy it had been to book a meeting with such a senior guy in the company. Waiting in reception, I did my usual breathing exercises before meetings.

When the director arrived, we shook hands hurriedly. He didn’t make eye contact. I knew something was up with him. As soon as we sat down, he leaned forward, eyes wide, and said, “I hate you salespeople. You make me sick, you’re so selfish, especially your company, you’re the worst.”

A volcano of anger erupted inside of me. In my mind’s eye I saw myself spit, How dare you talk to me like that before spinning on my heel to leave. The image zoomed by in milliseconds. When the thought disappeared, my burning emotion evaporated like storm-clouds rolling back revealing a brilliant sky, leaving me in a calm state. Detached, I watched the director while he said words I knew were not directed at me. His rant lasted about 20 seconds.

Instead of judging his behaviour, I felt compassion for him. When he finished I asked, “Is everything okay? Seems like you’re having a bad day.” He quickly shook his head as if waking up from a trance. “I’m so sorry! This past week has been a nightmare, I didn’t mean to lash out like that. That’s no way to behave.” Our conversation continued in an easy, friendly and productive manner.

This story is an extreme example, a first and last, fortunately. That meeting crystallised the superpower I’d gained from mindfulness practises, helping me be proactive instead of reactive in stressful situations. 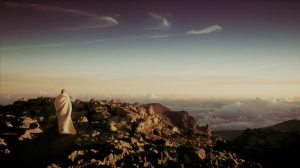 Jon Kabat-Zinn, creator of the Centre for Mindfulness in Medicine, defines mindfulness as a “state of being aware by paying attention to the present moment, without judgement…it’s about knowing what’s going on in your mind.” Meditation is one way to access this state. It’s simply a technique to silence the incessant – often unproductive and negative – chatter of the mind.

Harvard Researcher, Dr. Sara Lazard and her team used neuroimaging techniques to study changes in the brain associated with meditation. Participants of the 8-week mindfulness meditation programme experienced a thickening of the brain’s pre-frontal cortex, the part of your brain associated with memory, decision-making, self-control and empathy. There was also a reduction in density of the amygdala, the part of the brain which plays a central role in anxiety and stress and is associated with fight-or-flight response. In my case, it was a key driver of that internal volcanic eruption.

Can you imagine what might have happened if I had spat out those words? It is unlikely the prospect would have invested in me. That split second that allowed me to switch away from the whirlwind of angry emotion to instead observing it from a detached place is where mindfulness practise pays off. Taming fear and activating self-control allowed me enough time to think, He can’t possibly be mad at me, we’ve never met. It stopped me from reacting or getting defensive. It also gave me space to empathise and avoid judging him. Since I thought differently, I could offer understanding. 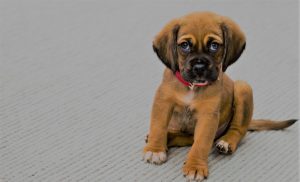 If you’re new to mindfulness, treat it like any new habit formation; according to Stanford Professor BJ Fogg’s Method, make it specific, easy, and give it a trigger. A trigger must be anchored onto an existing habit. My suggestion would be, after switching off your morning alarm (certainly before checking your phone) or after brushing your teeth, simply listen to yourself breathing for one minute.

What can you hear?

Sometimes, when you’re in a stressful situation, listening to breathing feels like it’s not working to anchor your attention. Instead, try listening to your surroundings. Ask yourself What can I hear? then listen to how many different noises you can identify for the next two minutes. Doing so quietens the ego’s incessant chatter, diffusing the amygdala’s fight-or-flight response mechanism, the emotional centre of the brain that makes you want to flip out. 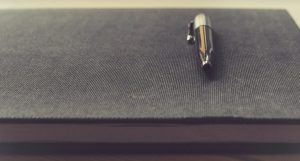 When the poop hits the fan, stress blinds us to solutions and we rarely react in the most constructive way. Stress sends the amygdala into overtime, and an overactive amygdala can clog your memory and cognitive processes, impairing your ability to find a solution. The first step is to change your focus. Do this by using a pen and paper to write down five things you’re grateful for and why.

I’m not suggesting you become a doormat for everyone’s problems. But as entrepreneurs we’re always facing mountains, ditches and storms. Staying high and enthusiastic when the going is good is easy. When you’re climbing out of a ditch or riding through storms, it can be difficult to be creative and make the right decisions.

When you practise mindfulness, you gain the ability to quiet the storms of your mind, giving you creative headspace and reducing stress levels so you can make empowered choices. Mindfulness doesn’t change what happens to you, but it does prepare you to be proactive instead of reactive when faced with challenges, positively influencing outcomes.