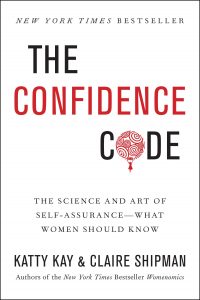 In the introduction of The Confidence Code: The Science and Art of Self-Assurance, authors Claire Shipman and Katty Kay write:

There is a quality that sets some people apart. It is hard to define, but easy to recognise. With it, you can take on the world; without it, you’re stuck at the starting block of your potential.

In search of this elusive hallowed trait, the authors sought out women with flourishing confidence: government cabinet secretary, corporate titans, WNBA stars, army generals, and Christine Lagarde, France’s former finance minister and head of the IMF. Here’s what Lagarde told them about confidence:

There are moments I had to go deep inside myself and pull my strength, confidence, background, history, experience, and all the rest of it, to assert a particular point. Angela Merkel and I have [….] discovered that we both have the same habit. When we work on a particular matter, we will work the file inside, outside, sideways, backwards, historically, genetically, and geographically.

Even women in the highest office feel the need to over-prepare.

The authors sought to dissect what traits make women confident. Turns out it’s not just about feeling good about yourself, saying you’re perfect and whole just they way you are, or claiming you can do whatever you want to do. Thinking like this doesn’t mean you’ll act on those beliefs. Here’s what some experts say:

Confidence has two faces: one is objective, a basic calculation process. The second face is subjective, something we experience as a feeling. – Neuroscientist Adam Kepecs

Self-confidence is a sense that you can master something – Caroline Milner, Positive Psychology coach

How sure are you that you have the skills that you need to succeed in doing a particular thing – Brenda Major, UC Social Psychologist

A belief that you can accomplish the task you want to accomplish.[…] It’s specific to a domain. I could be a confident public speaker, but not a confident writer, for example” – Christy Glass, Utah State University.

So confidence is the belief that you can create a successful outcome through taking action. 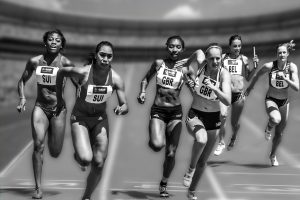 Confident people think they are good [at something], regardless how good they actually are, typically displaying:

The authors met with a US Military, General Jessica Wright, to see how a confident woman acts. They noted that she takes action, she’s bold, makes decisions, honest, feminine, vulnerable. She didn’t have an overly aggressive assertiveness about her.

These key traits are the pillars of confidence.

Pretty much sums up optimism. It’s about how you interpret events and circumstances. If you’re optimistic, you’ll notice good things happen to you always and you’re grateful; if you’re pessimistic, you notice bad things happen all the time.

Is like a safety-net that lets us try for more and even harder things – Kristen Neff, author of Self-Compassion: The Proven Power of Being Kind to Yourself.

Having compassion is about treating yourself with kindness, warmth and understanding, when you fail or mess-up, as you would with a friend. It’s also about realising that you are human, and everyone makes mistakes. Instead we mercilessly criticise ourselves, mistakenly believing it motivates us. It doesn’t; you make yourself depressed. Depression isn’t a motivated or empowered mindset.

It’s the belief in your ability to succeed at something, you welcome challenges, you’re deeply involved in activities, and you recover quickly from setbacks. You avoid challenges and believe difficult things are beyond your reach, in its absence. 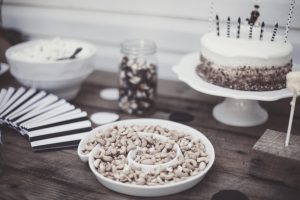 Neurotransmitter, also known as the “cuddle drug” directly affects confidence. You release it by hugging, exercise, giving birth, and sex. It’s also released in the pre-frontal cortex, the high-order thinking part of the brain, quieting the amygdala.

Inspires doing and exploring, associated with curiosity and risk-taking. When you’re stressed, dopamine is realised fast, flooding our cortex.

Robert Plomin, a renowned behavioural geneticist at London’s King’s College conducted an ambitious study where the he followed around 15,000 sets of twins from birth to adulthood. He collected varied data from propensity for disease, intelligence to gender roles. for psychologists, studying twins are the favoured and most effective method of debunking the nature versus nurture mystery. He took a closer look at confidence and here’s what he found.

At age seven and nine, the twins were given the standard IQ test and they were also tested academically in: math, writing, and science. Next, they were asked to rate how confident they were about their abilities in each subject. Plumes and his researchers also factored in reports from the teachers. Once all of the date had been cross-referenced, the research team were struck by two findings. The student’s self-perceived ability rating (SPA) was a significant predictor of achievement, even more than IQ. Put simply, confidence trumps IQ in predicting success.

So this tells us your belief in your ability fuels your behaviour, and determines your success. So first you need to quiet the over-active monologue tearing you down, casting doubt. Doubt results in inaction. Confidence is about taking action. 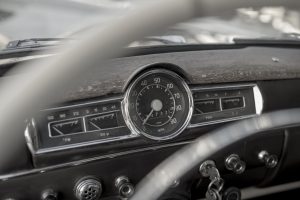 Here are some of the author’s confidence boosting habits.

I like the author’s self-deprecating humour about this advice. “[Failing fast] means we hadn’t made a full effort, or done our work perfectly.” Failing in little ways makes failure become part of our DNA. You end up taking action instead of over-thinking and analysing. Learn and move on.

So you keep growing, improving, and you’ll gain confidence. This worked for me, while I was rebuilding my confidence. I joined a public-speaking club and went on slightly dangerous hiking expeditions with my other half.

“If you only remember one thing from this book, let it be, when in doubt, act.” They say, action separates the timid from the bold.

Women’s brains have the tendency to overthink. Crowd out the negative thoughts by thinking of all your successes.

We have a hive of automatic thoughts swimming around our heads, multiplying every second. Challenge them with logic and alternative thoughts.

Use the royal we

Apparently women speak 75% less than men when out-numbered by men. Speak-up. Don’t make it about you, but about your team or customers.

“Perfection is the enemy of the good, it’s also the enemy of confidence.” Reach a little out of your comfort zone, so you’re struggling a little, but not too much.

How to be confident

It all boils down to our internal monologue; in a mindset lacking confidence, that conversation is harsh, judgemental, and overly critical, stoking the fear centre of the brain, the amygdala. But with a bit of practise you can tame those paralysing thoughts, calm down the fear centre, and let the wise part of your brain — the pre-frontal cortex — take over. Confidence is based on action, when in doubt, decide or act. It’s also about believing you have the ability to figure it out and overcome challenges, and being kind to yourself when you mess-up.

In the rest of The Confidence Code: the Science and Art of Self-Assurance, Kay and Shipman go on to explore how to raise confident girls, neurology of confidence, and how to rewire our cognitive habits to adopt a more confident mindset.